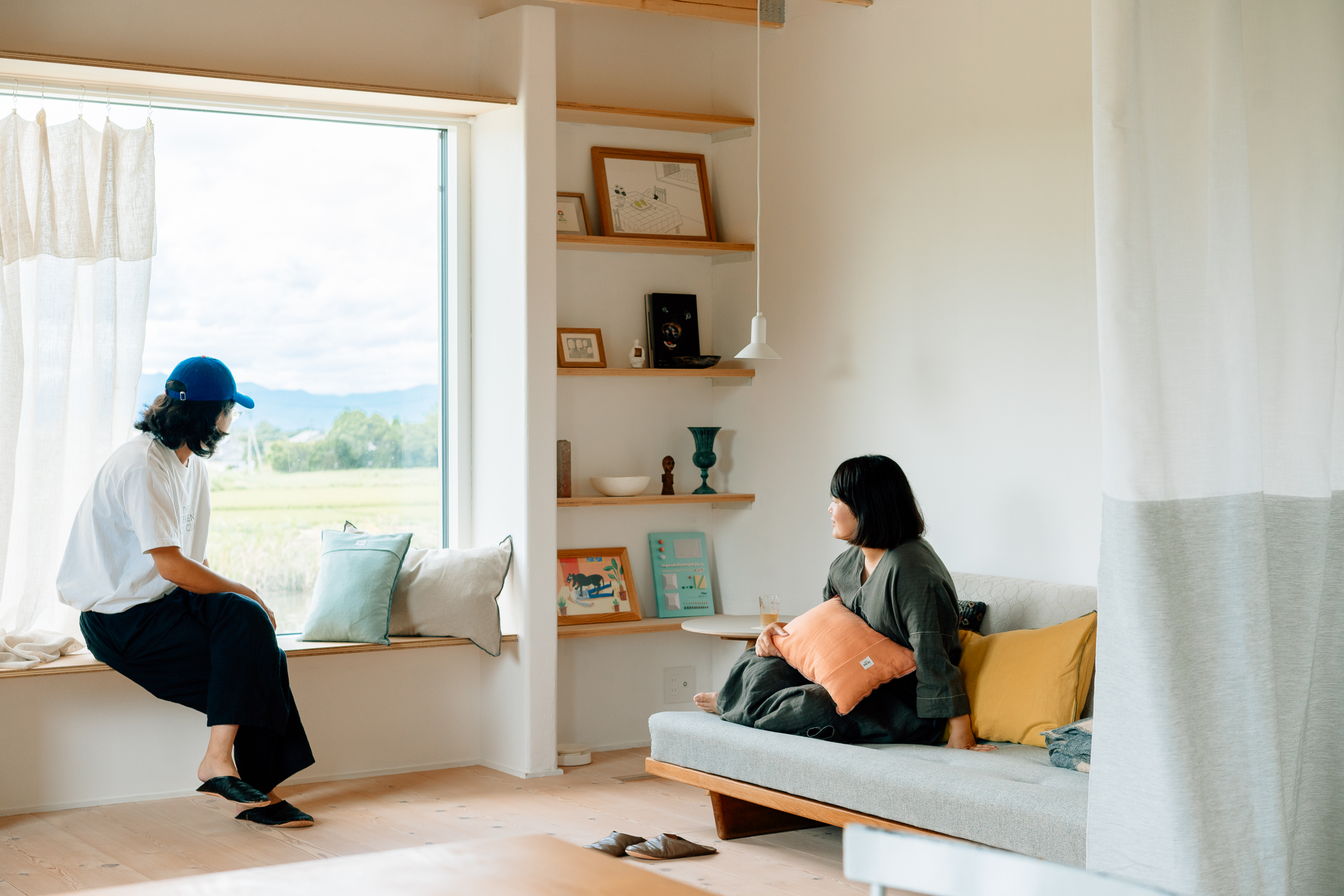 The expression of the cloth changes drastically depending on the place and purpose of use. We will deliver a view of <14-23> from the lives of various people.

Tomi City, Nagano Prefecture. In April of this year, Mr. Yoshimi Haruno and Mrs. Tomomi a house with a nice view in a place with a magnificent view of the Southern Alps. This house, designed by Mr. Yoshimi himself, is on sale as soon as it is completed. Choose furniture, create a garden, and hang cloth. The value of this house continues to be renewed even at this moment when we gradually incorporate our colors into the pure white space. With <14-23> as the point of contact, we asked about the lives of two people who embody their ideals. 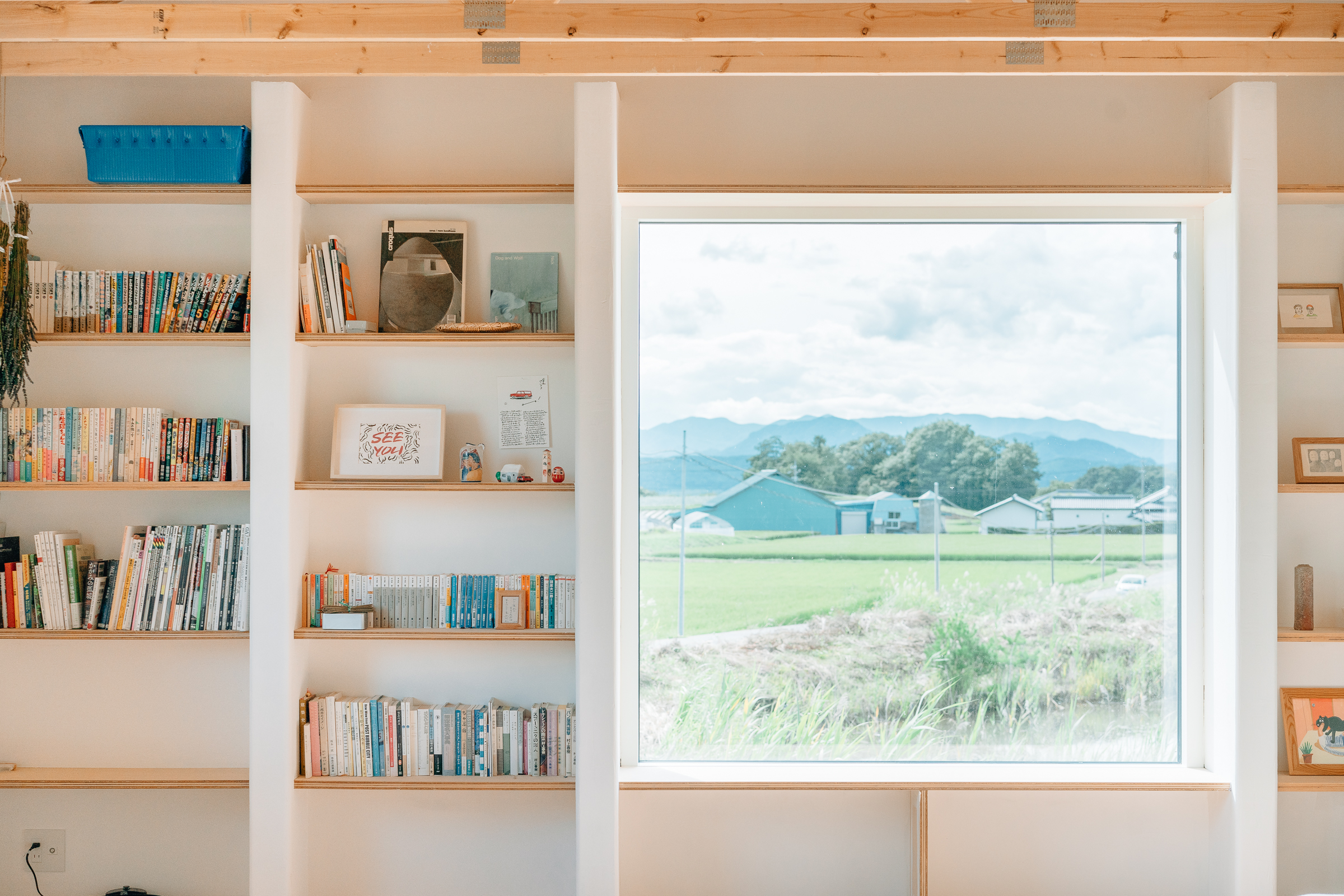 The beauty I touched during my trip

Mr. Yoshimi is currently designing a house at “haluta”, a company that handles furniture and miscellaneous goods in Scandinavia. After working for a renovation company in Tokyo, I moved to Nagano about three years ago.

“I enjoyed the renovation work, but I also felt inconvenienced because the plan was fixed by the floor plan of the condominium. I searched for and found a job that could involve construction in other industries. It was Haruta. My wife also wanted to live in a place with a lot of nature, so I changed jobs and moved to Nagano. ” 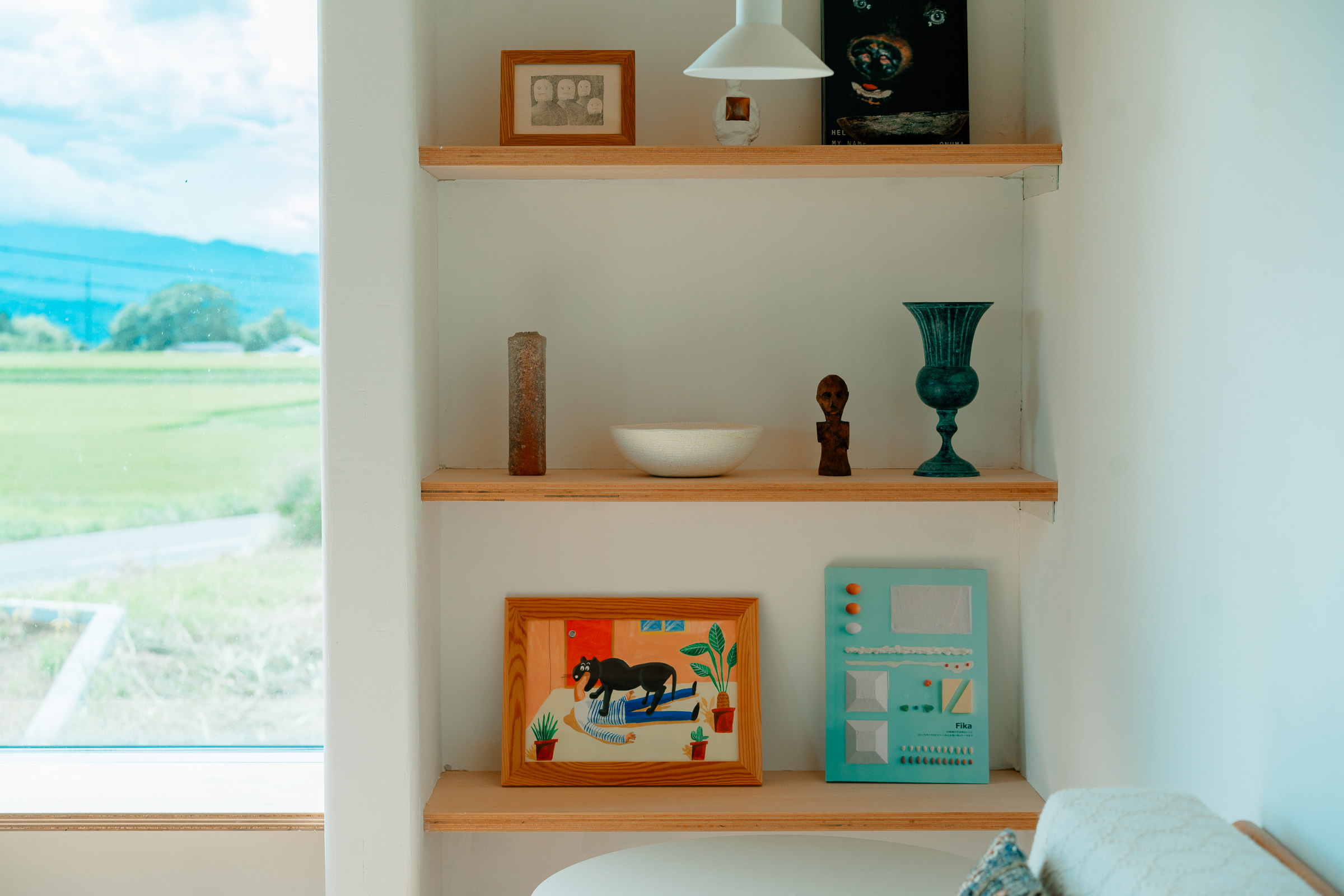 I visited Denmark for the first time as a couple because I needed to have travel experience to Denmark to get a job in Haruta. He said that he was impressed by the warm and comfortable interior even in the cold winter, and the scenery of the beautiful cityscape when he walked outside.

“In the case of Denmark, we use central heating to circulate hot water throughout the city and heat the room with panel heaters installed in each home. The old hotel where we stayed is also well insulated. It’s warm enough to spend in any room with a single T-shirt. Besides, because the heat insulation performance of the window is high, the curtain itself does not require functionality such as heat insulation and shading, so some households do not have a curtain on the window side. At most, even in ordinary houses, small items and flowers are placed on the windowsills and decorated like show windows, so I remember having fun just walking around the city. ” 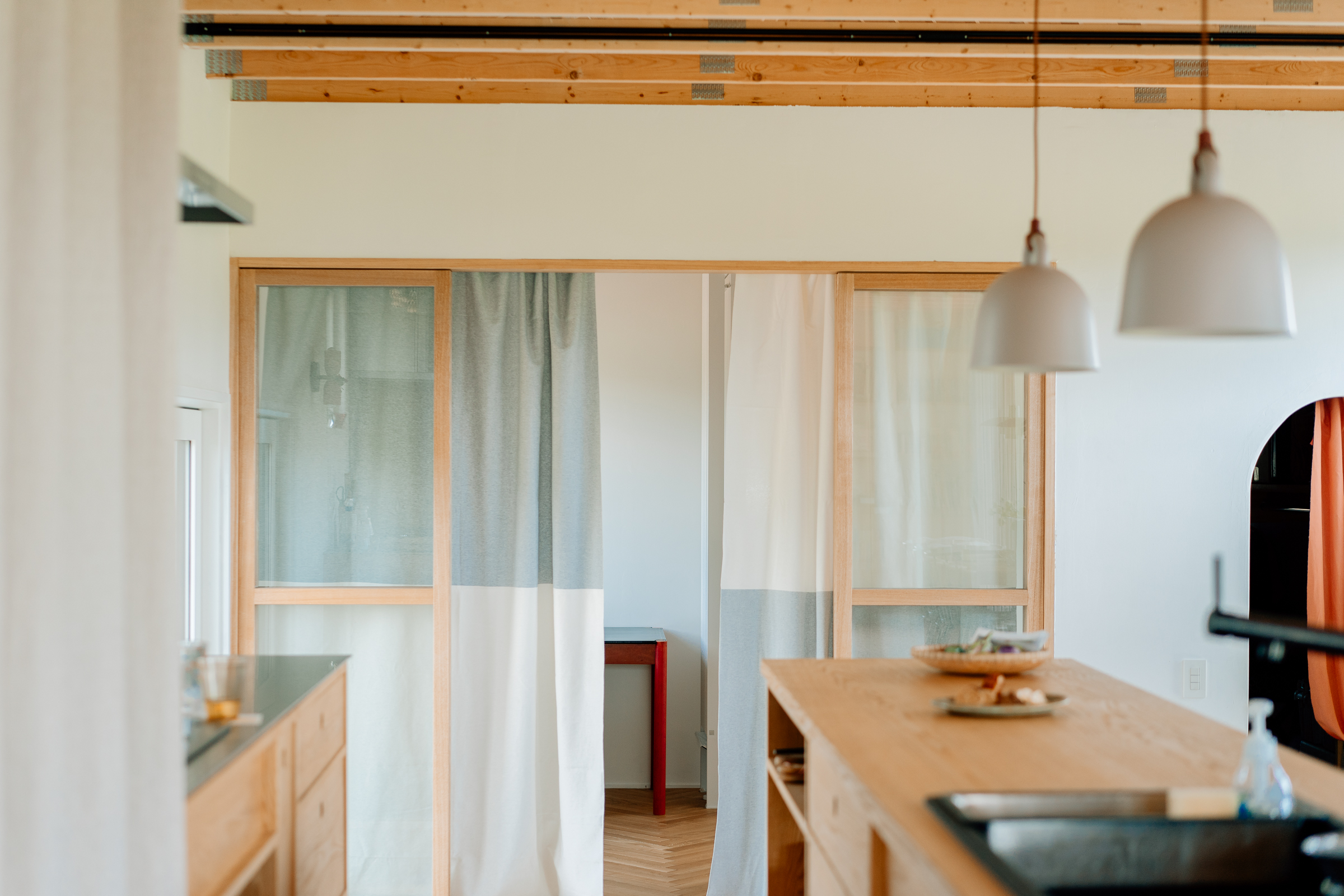 Building a house that follows Scandinavia

After getting a job, as they learned how to build a house that resembled a Scandinavian house, their environmentally friendly and comfortable life was reflected in their lives. And this spring, the house I worked on was finally completed.

In a house that is insulated so as to wrap around the entire house, you can spend all year comfortably without an air conditioner or stove. Only dehumidifying panel heaters can be used for air conditioning. By flowing cold or hot water inside, the temperature inside the room is kept constant, and if you close the heavy entrance door, the outside air is blocked from the sound, and only the inside of the house remains comfortable and quiet like another world. The large windows that capture light reflect the four seasons of Shinshu.

“The design was based on the home of the Danish architect Finn Juhl. I longed for the scenery that I could stay not only in Ribink but also everywhere in the house in a small studio. Similarly, the green and sofa next to the entrance. We have set up a space where you can relax even when you have a small visitor. ” 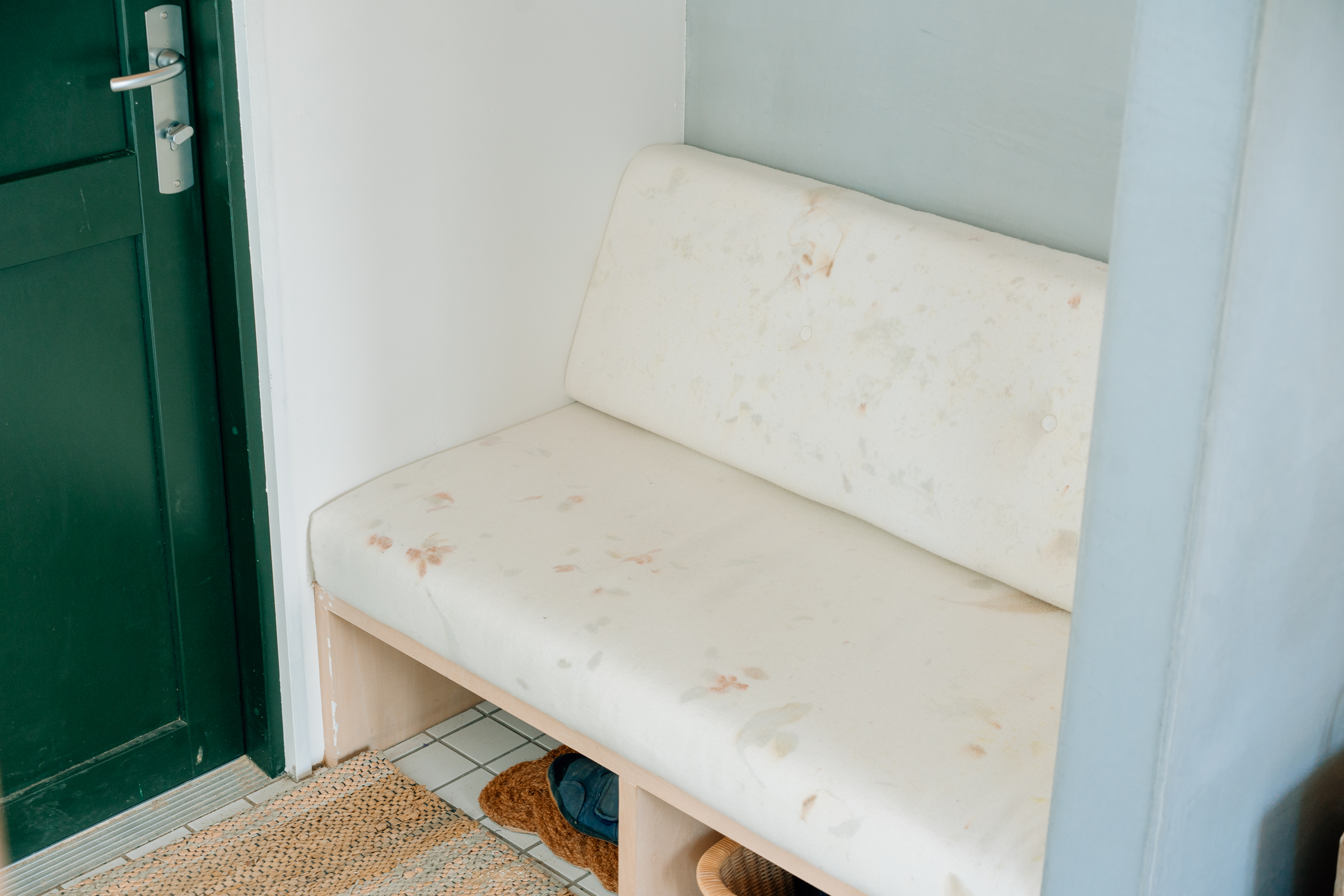 The cushion made from real pressed flowers, which arrived just on the day of shooting, is an original (Ph.D. Hood) in the same Tomi city.

“Denmark architects often build their own houses like this, but Japanese architects often live in condominiums due to real estate problems. But I still wanted to build my own house. Still, I thought it would be better if I could change the values ​​of Japanese housing, so from the moment I started living, I decided to sell it for more than the price at which I built the house. ”

Sell ​​a house while living 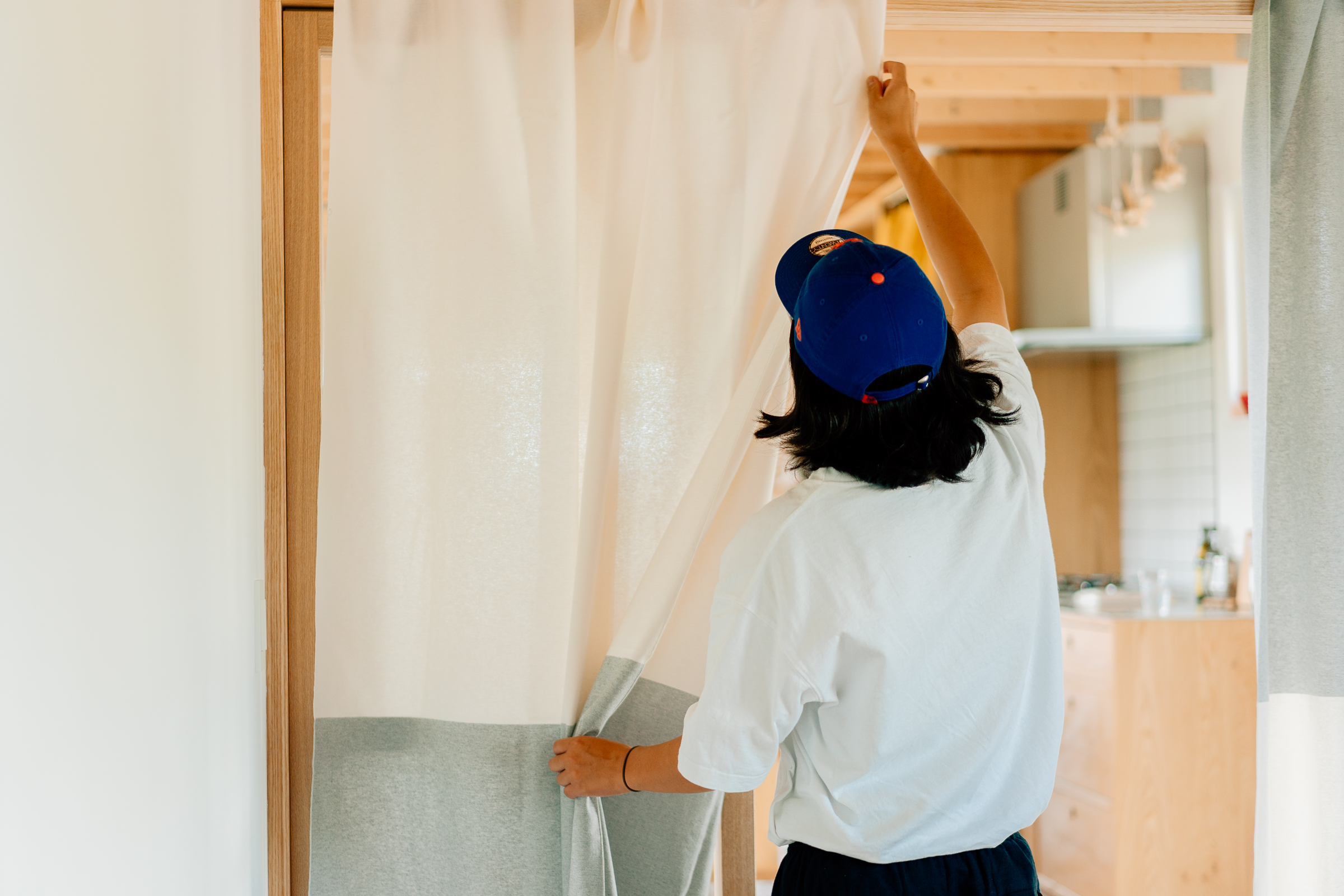 “In terms of the values ​​of Japanese real estate, unless you are a very famous architect, no matter how particular you build a house, it will be 0 yen in 20 years. In the end, it will be the same value as a house. Of course, few people can spend money on something that will be worthless someday, so 10 to 20 million yen, houses using cheap plastic are increasing steadily. Then, in the near future, it will be flooded with plastic houses all over Japan, not just the problem of vacant houses. This house is also a reaction to such a future. ” 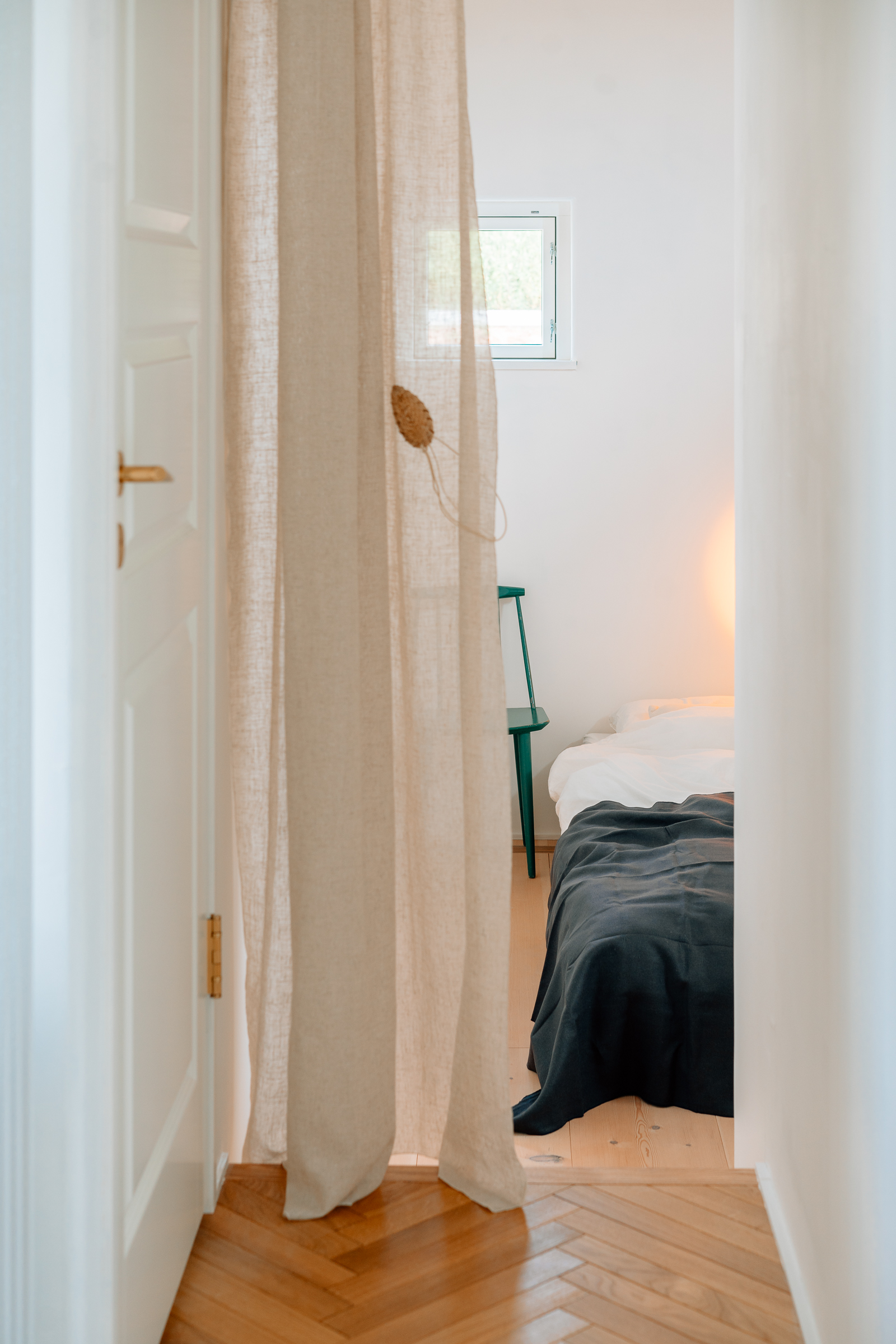 Unlike Japan, it is not uncommon for Danish homes to be more expensive when sold than when they are bought. Since we live on the premise of selling, we will build a house with excellent earthquake resistance as well as heat insulation, and we will work on it while living to create a comfortable environment. By doing so, added value will be added to the house and it will be possible to sell it at a higher price.

“The streets of Scandinavia are very beautiful because all the people are trying to build a better house. Even in this house, we have prepared gardens, made wooden decks, attached curtain rails, and made small changes since the time we bought it. These are worthless in the light of Japanese real estate rules, but I want to change those values. Of course, I really like this house, so I don’t want it to sell yet (laughs). ”

Cloth as an accent in space 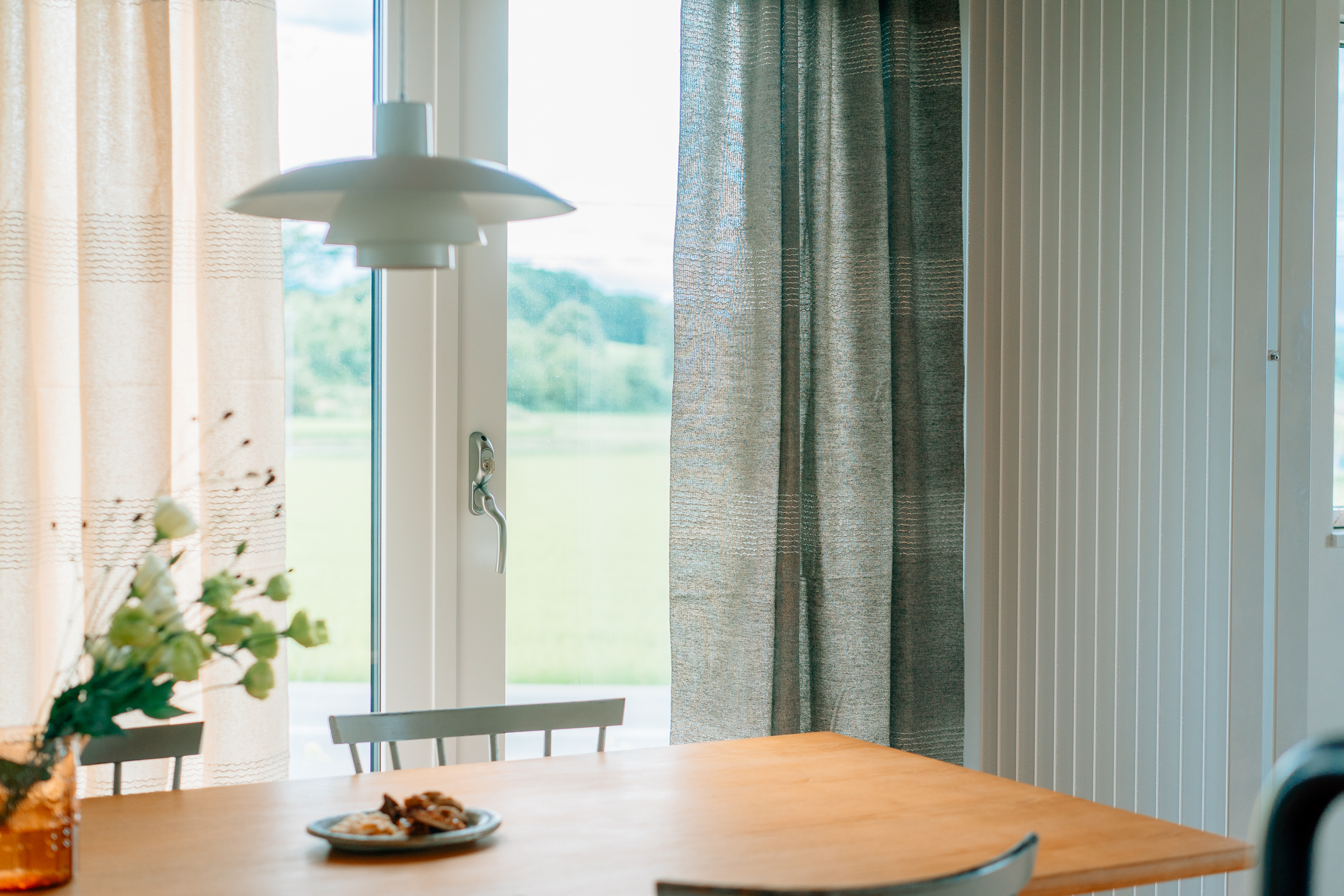 When I sent such an e-mail, the reply I received was “I was just thinking about purchasing it, and I hope it will come true!”. This shooting was realized by a happy coincidence. Yoshimi, who was looking for cloth as a partition for the walk-in closet leading to the bedroom, chose the recycled fabric series “Re.nen“. 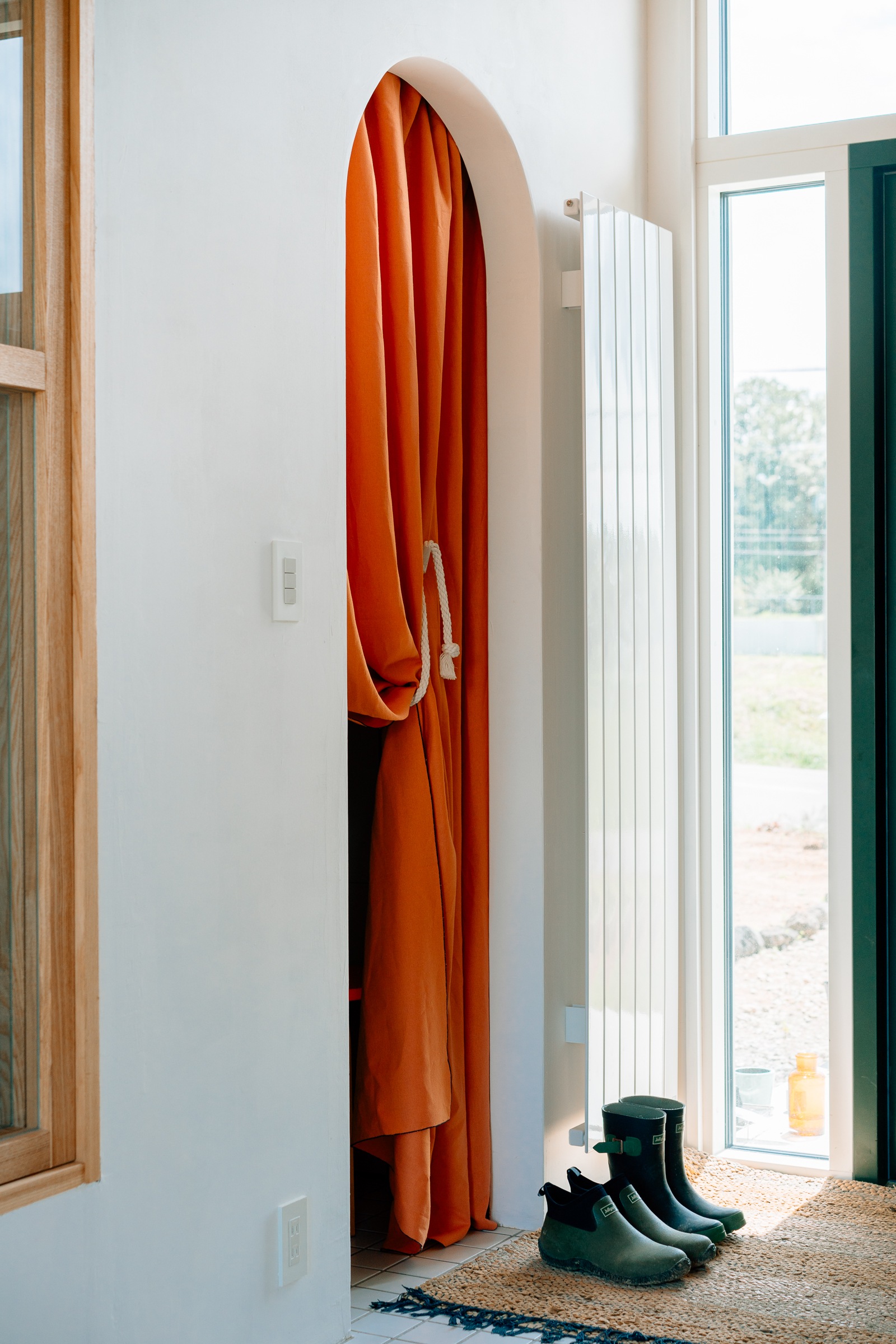 “I was attracted to the simple space based on white and the bright colors that could be used as an accent color. Orange, which is close to salmon pink, is my favorite color. The navy stitching is also an accent. I like it. When I actually put it on, the soft texture that is not too thick is just right. ”

A cloth that vividly snuggles up to the white walls and tile floors that give the impression of calm and cleanliness. Roughly put together with a magnet tassel to gently connect spaces. 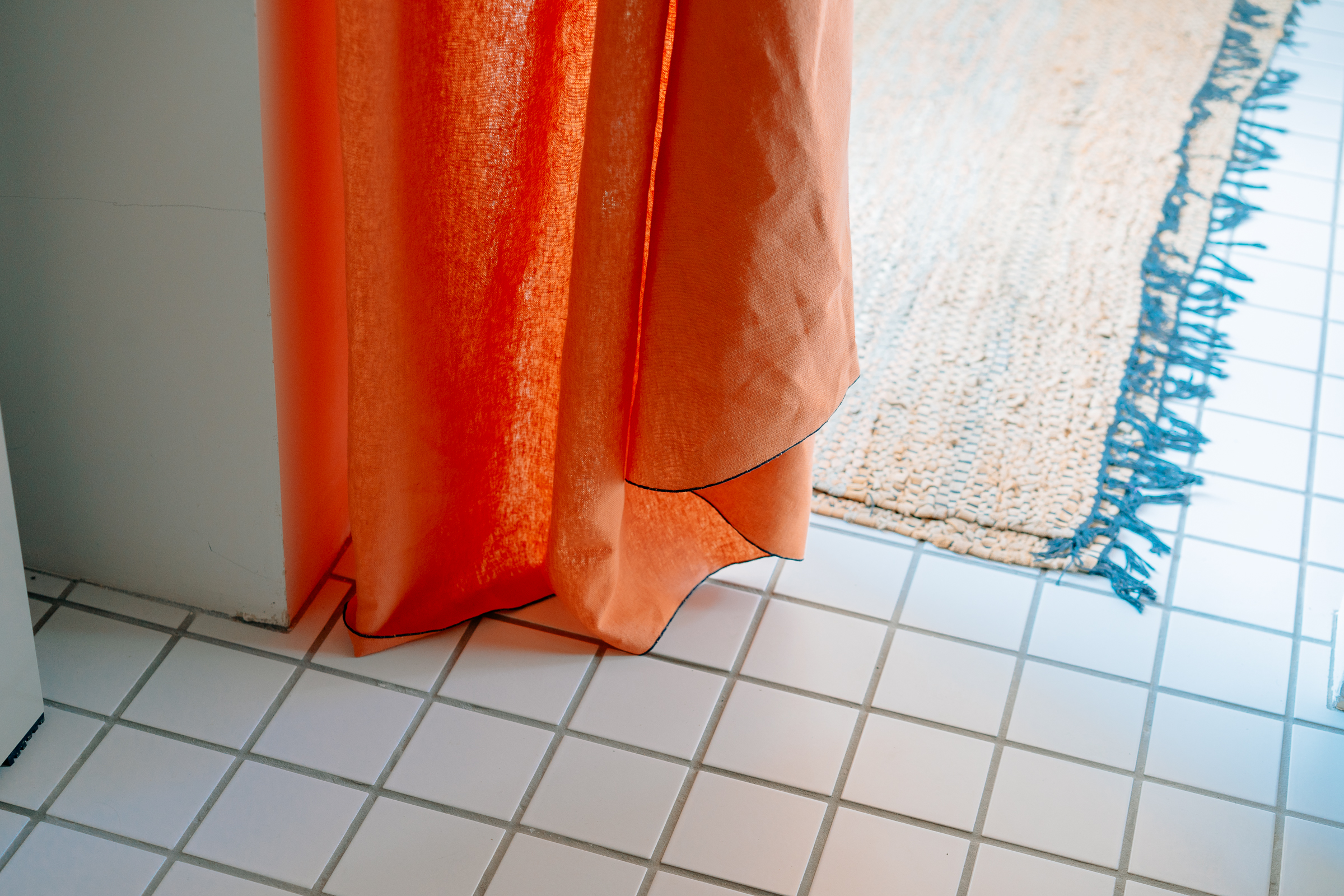 Enjoy the scenery, the windowsill that captures the light

Mr. Yoshimi is the first to properly choose cloth for his house. Originally, he said he was not good at cloth.

“Since I lived in an apartment in Tokyo, I’ve been living without curtains. If you rent it, the size of the windows will change every time you move, so it’s difficult to choose. I wasn’t very good at the feeling of stagnant air with the curtains closed during the day when I was vacant. If it’s a thin cloth that can be used for a long time and is reasonably transparent, it won’t block the light. It’s interesting that it can be used in various ways, such as partitions and bedrooms like this one, not just on the windowsill. ” 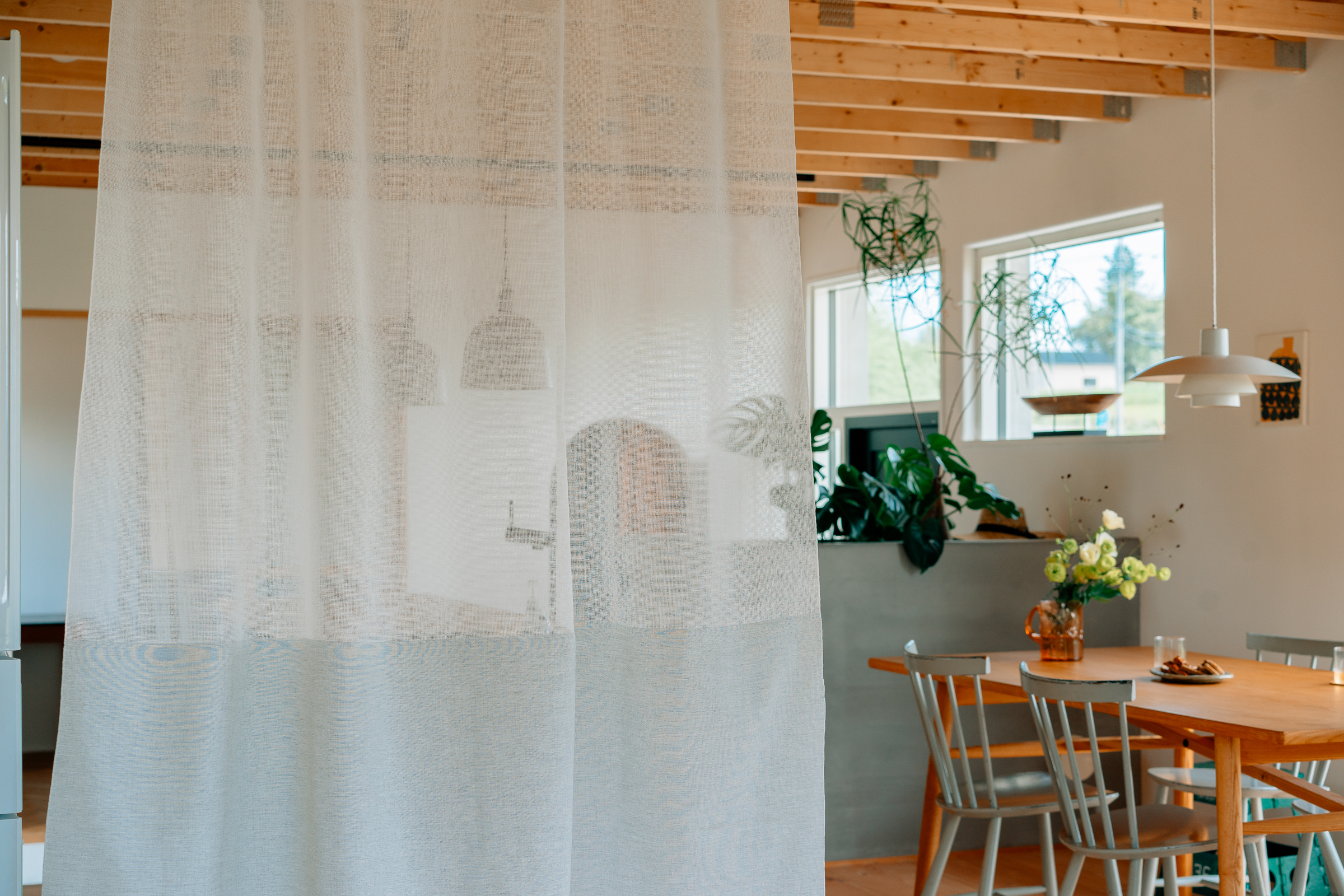 The two-tone “Ufufu” was used as a partition between the kitchen and the living room. A cloth that combines two types of fabrics with different sheer feels can change the atmosphere by simply swapping the top and bottom. One piece that is convenient when you want to block the view while taking in light.

Living that evolves according to the environment

There is much to learn from Danish housing, but Japanese architecture has a long history of being valued by the world. 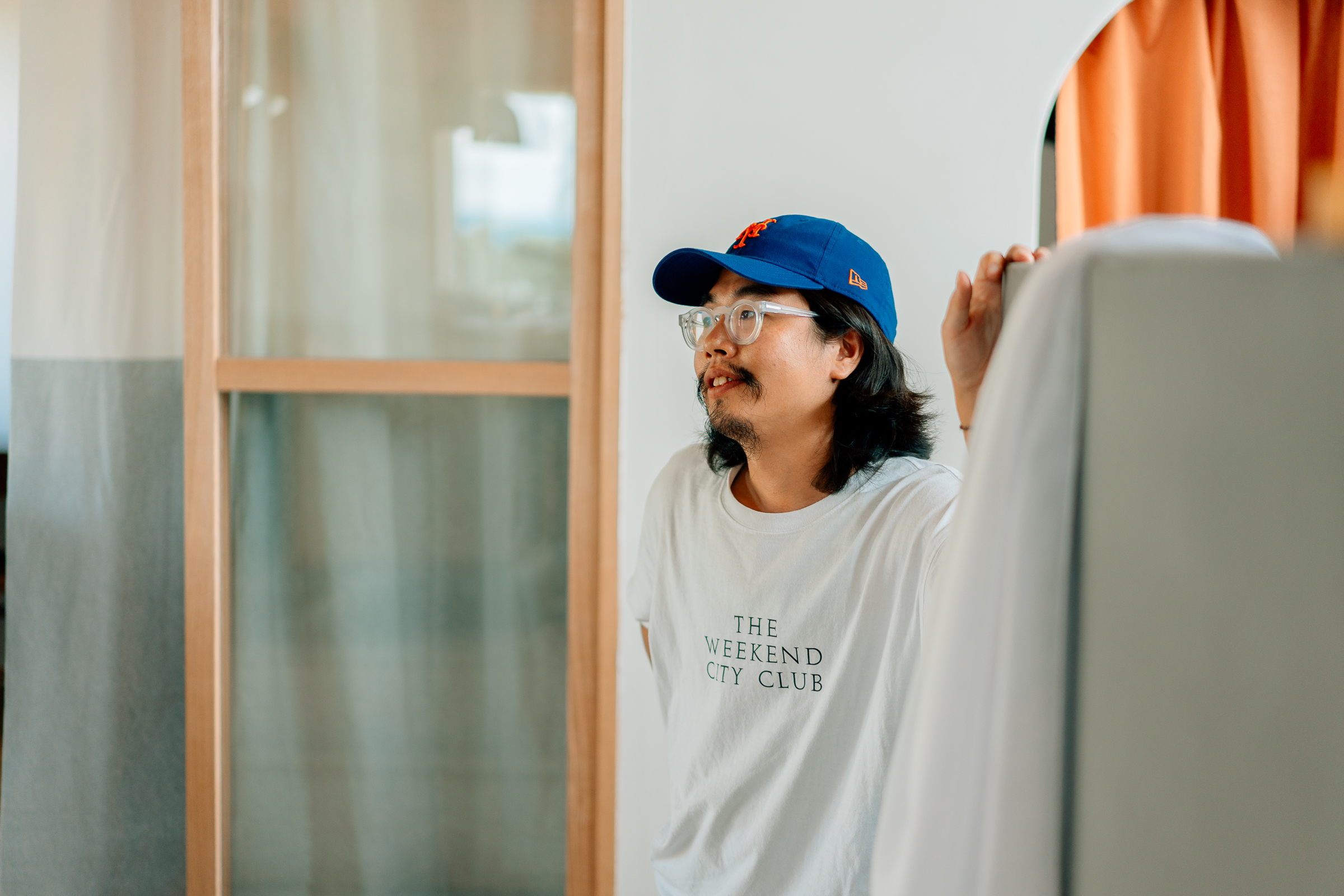 “The structure that creates a space with straight materials such as pillars and beams is well-ventilated, and I was able to spend a comfortable summer in humid Japan. I was particular about materials such as cypress and pine, and took in the natural environment well. It was full of wisdom and ingenuity to live while living. Nowadays, the goodness of Japanese architecture has been completely lost by building a house with cheap cedar wood and plastic. It is becoming a global standard as the environment changes. Insulation is also far behind in Japan. ”

At Yoshimi’s house, we do not use petroleum-based insulation, which is easily available in Japan, but use Danish natural stone insulation. The material that returns to the soil seems to be the mainstream in Denmark. While incorporating the latest Scandinavian technology, we are practicing a comfortable and circulating lifestyle in nature, which was cherished by the original Japanese architecture. 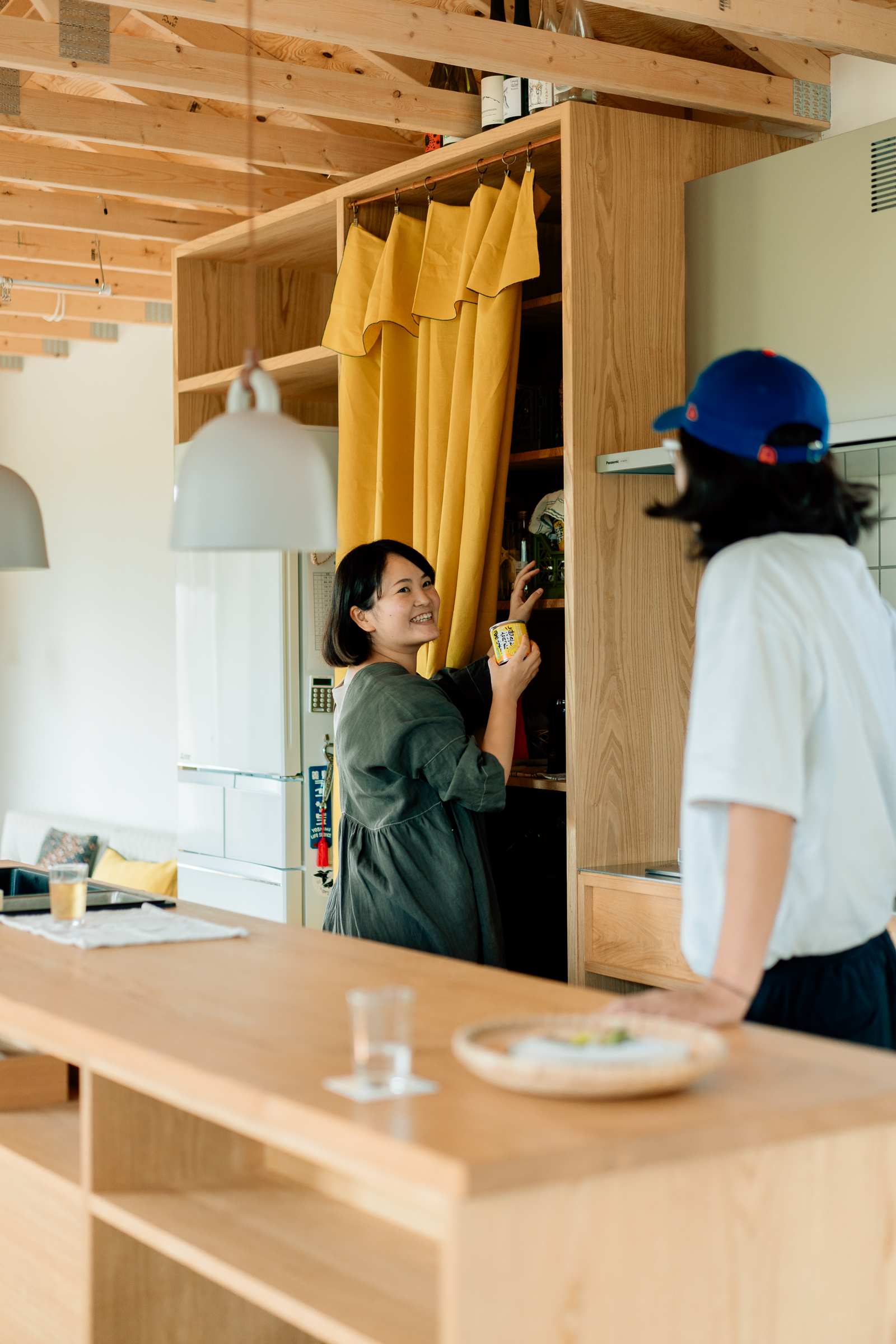 Build a house three times in a lifetime

“In Japan, it’s often said that a house is a once-in-a-lifetime purchase, but Denmark seem to buy a house many times in their lifetime,” says Yoshimi. 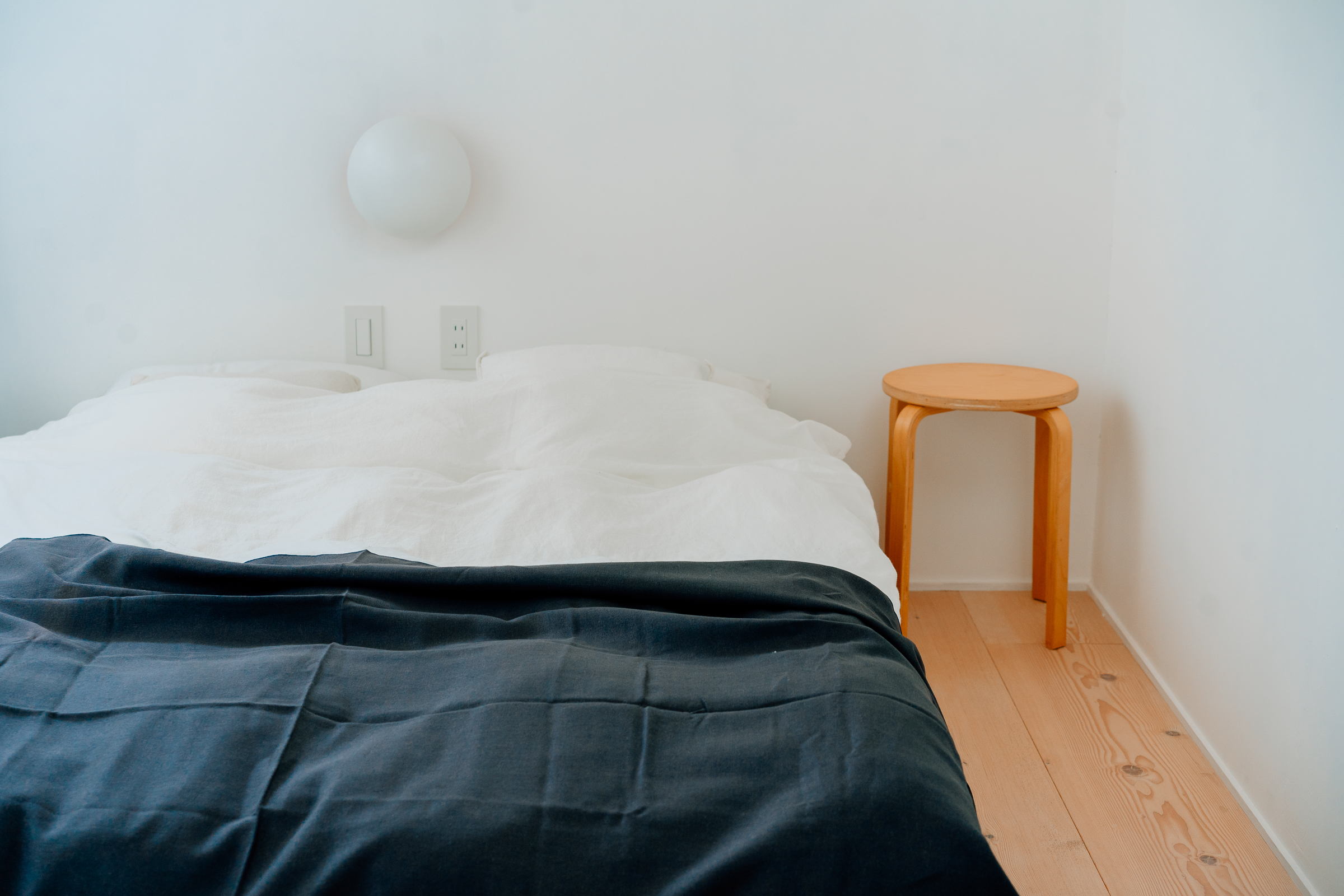 “In Denmark, where the rate of home ownership is high, you start with a small house, and as your salary increases with age, you buy a larger house with the money you sell.” It has been said in Japan for a long time that you can make a house, but few people can put it into practice. Even if you make a customer’s house at work, you generally like it, but if you do more like this I always hear people say that it’s good. There is a part that I notice only after I live. So I want to build a house about 3 times. Next time, it’s good to build a house near the sea.

This house, which is sold while living, keeps renewing its value over time. Until someday, with memories, to take over the life. 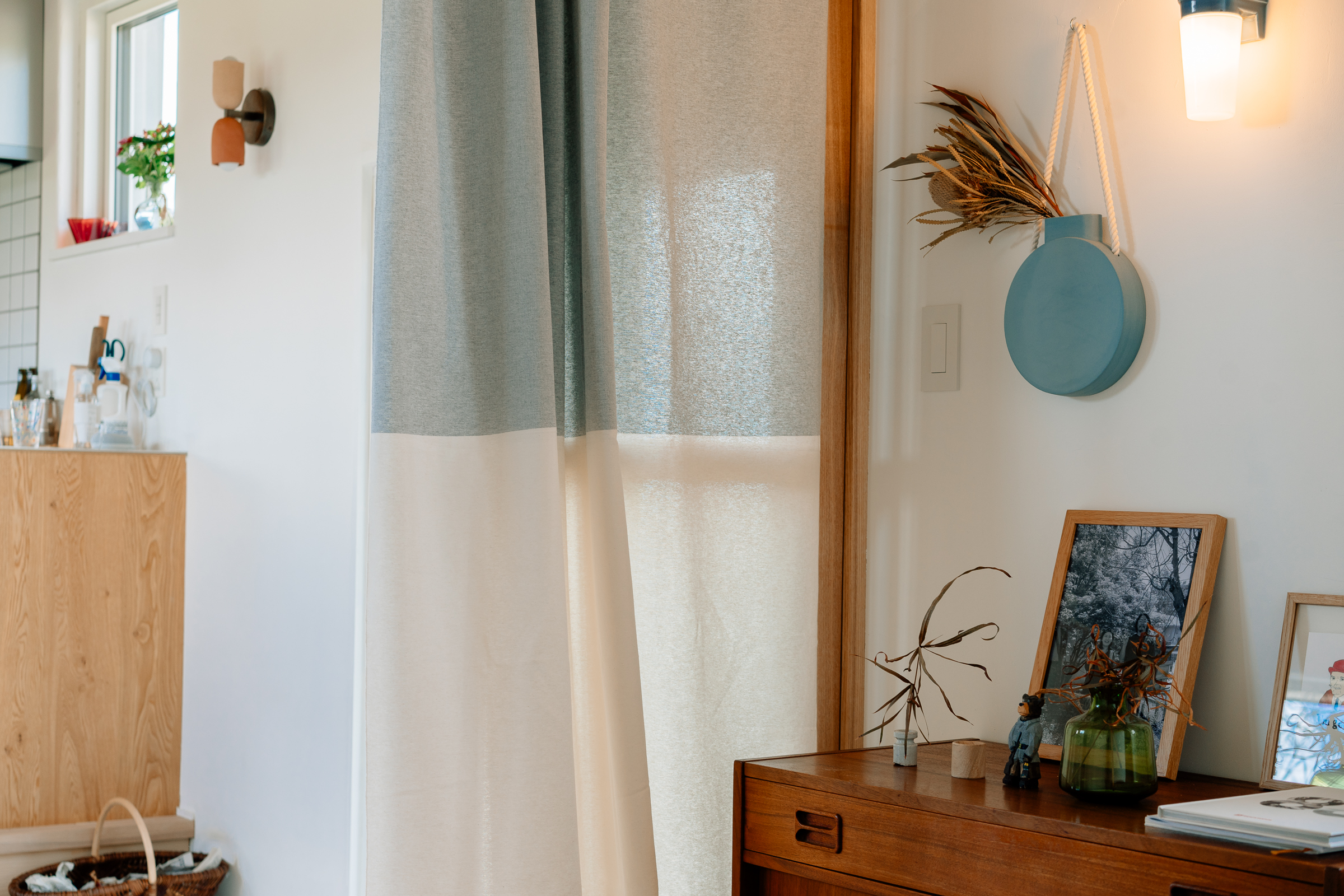 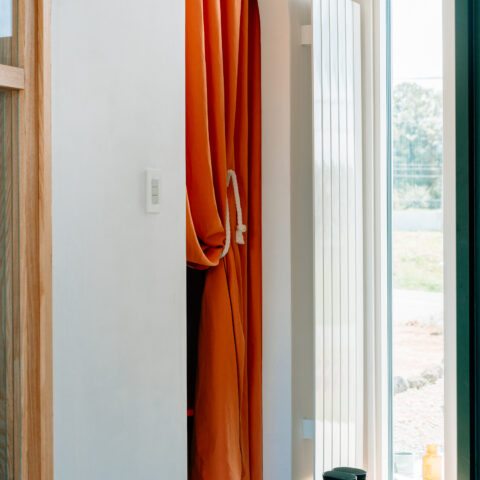 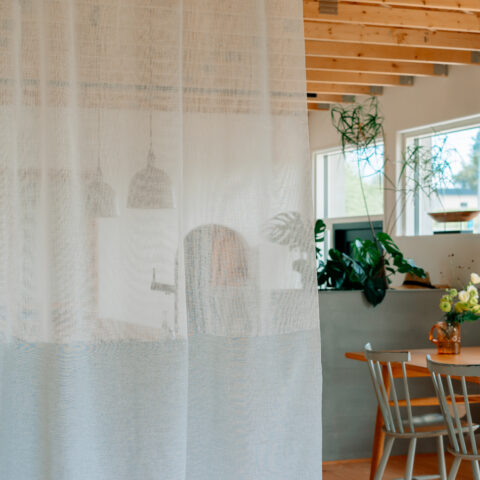 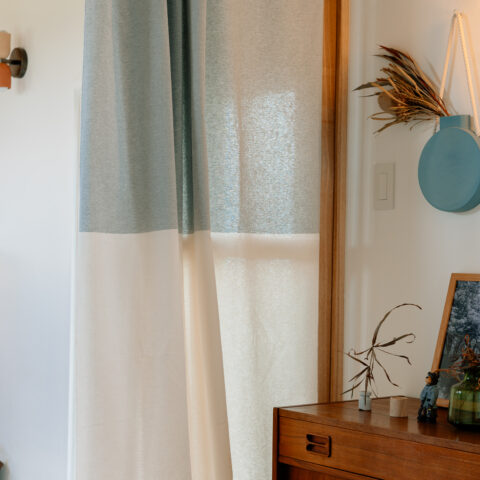 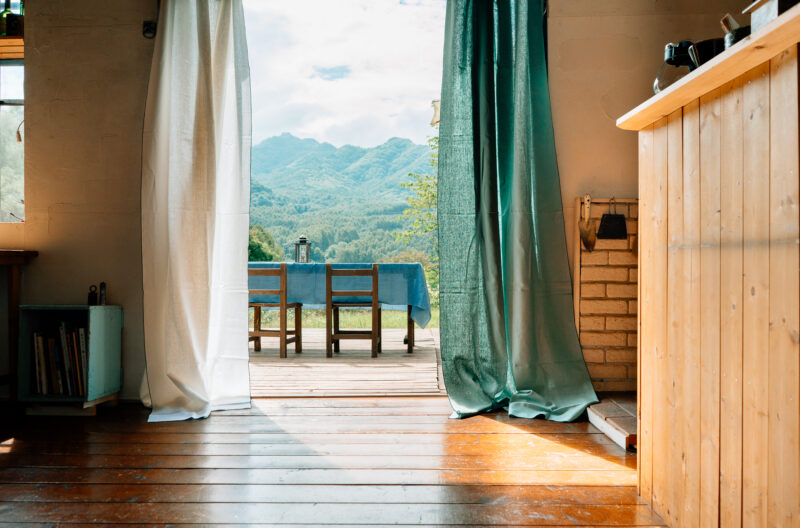 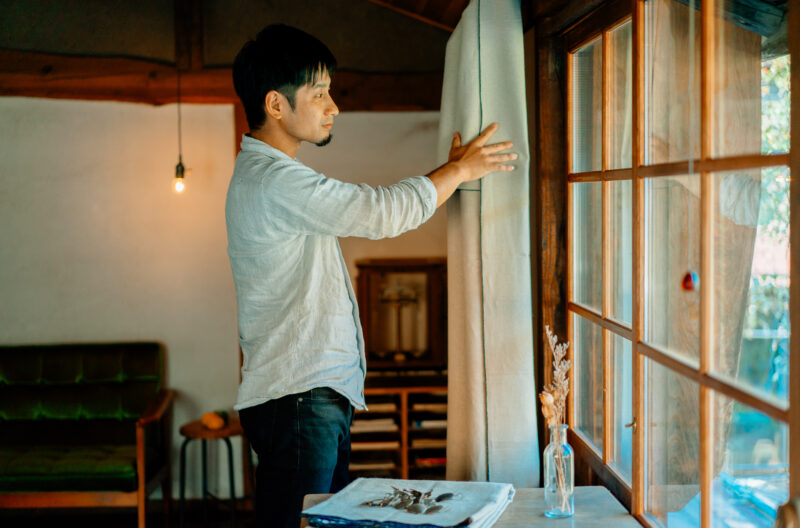 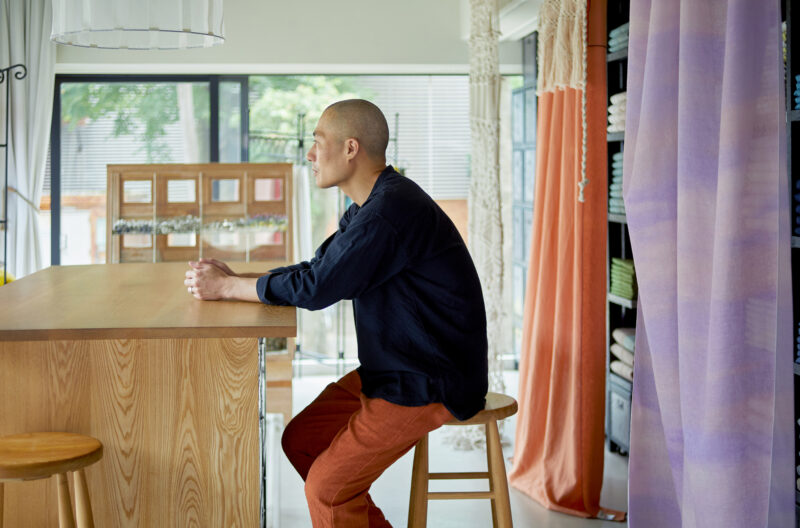